I loved working at Optimism and what they are building is going to be at the center of our new decentralized world but I realized that going back to Ellipticoin was too good of an opportunity to pass up.

First off, my time at Optimism validated what I initially learned working on Compound: Ethereum’s developer tools leave a lot to be desired. Development with Truffle and Solidity feel like I’m programming with my arms tied behind my back. Development in Rust is much more productive and fun. Rust is now in use at Apple, Microsoft and many more of the worlds leading companies. It’s got a vibrant ecosystem and growing community of loyal enthusiants. Being able to leverage all the work that’s gone into Rust will be a boon to the blockchains that adopt it as their main programming language. It’s been a blast going back to writing smart contracts in Rust and I can’t wait to share that experience with the broader blockchain community!

Secondly, it’s looking more and more like there will be many blockchains in the future instead of a single winner. Interchain protocols like Keep and Ren are coming online and “Eth2 Killers” have raised hundreds of millions of dollars. Also with all the buzz around DeFi, the Bitcoin Halving it’s looking like things could be heating up again!

Finally new methods of fundraising have emerged: one of which being the Initial niswap Offering. This is really what made the decision too good to pass up. People are interested in Ellitpcoin but there isn’t a liquid market of buyers and sellers yet. I could have built a simple decentralized exchange using cross chain atomic swaps but that would be non-trivial. The other option was to go pitch wealthy investors and sell them tokens at a discounted price. However, that would give them an lopsided power over other users of the network which I would like to avoid if possible. Going that route would also have given me a large payout upfront. If I get a payout ahead of time I’m much less incentivized to launch.

I’m much more interested in seeing this launch than I am in making lots of money. Sure money would be cool for a few days but then eventually I’d go back to watching Tiger King and being locked inside just like everyone else.

I’ve also got some other news to report: I’ve got a cofounder! 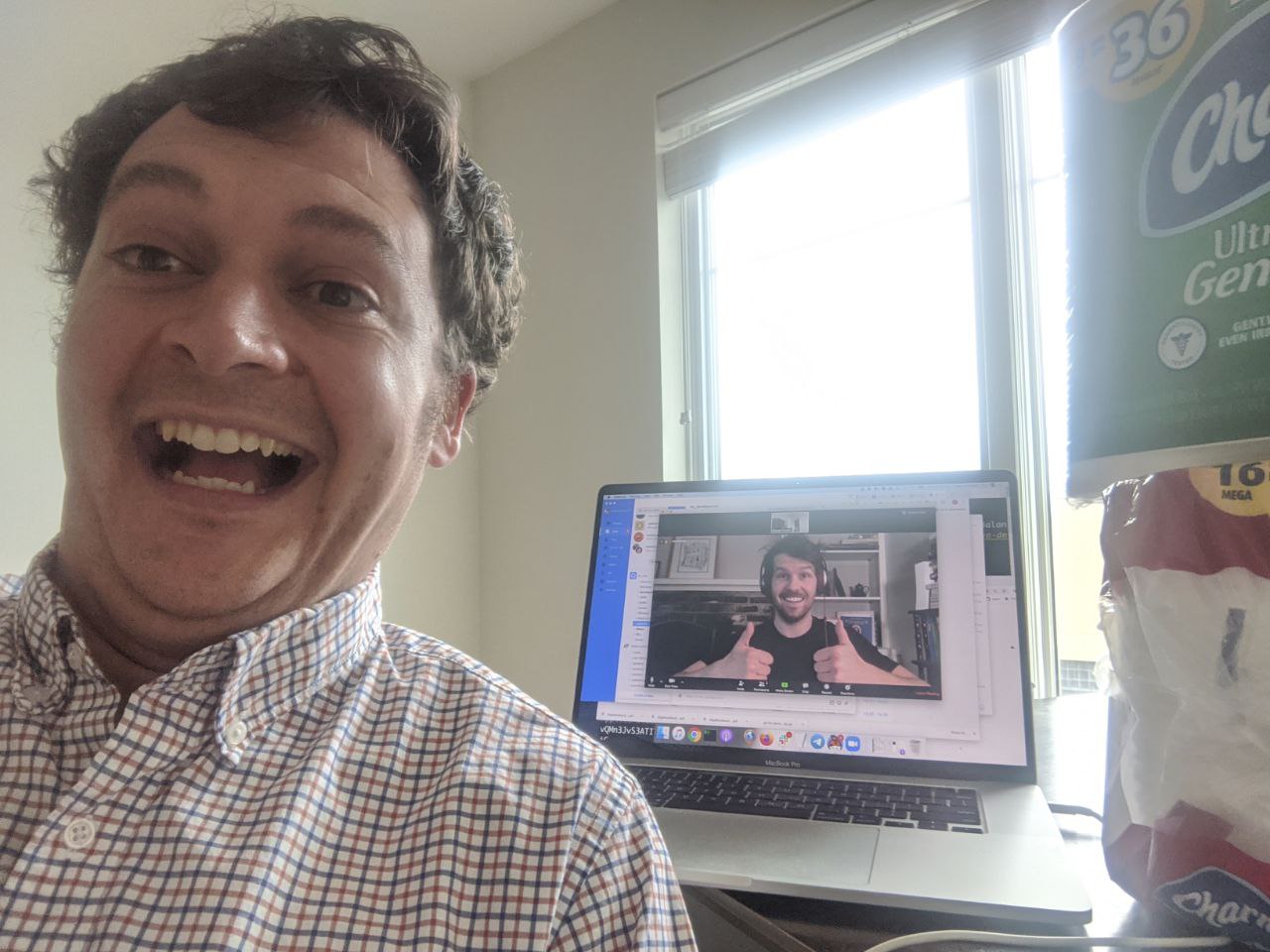 Tom Schachte is currently a Digital Marketing Consultant also based in Charleston, SC. I met Tom a couple years ago and we’ve been having lunch every other week or so ever since. Tom’s also a fan of Sapiens, health and wellness and building software that users love to use. I think his degree in philosophy, his experience in business and his passion for product will all serve Ellipticoin well. I also think Tom and I’s skill sets and viewpoints compliment each other well. While Tom is probably both a stable and a volatile but he definitely stabilizes my volatility. I’m excited to have him onboard!

Our plan is to launch a prototype version of the network with real money flowing through it some time in June!

In the initial phase we plan to have a community run burn bridge which runs between Ellipticoin and an ERC 20 token on Ethereum. We plan to set up a market on Uniswap, provide some initial liquidity and see where things go!

More on this soon!